You are here: Home / Guides / The History of Paddle Boarding 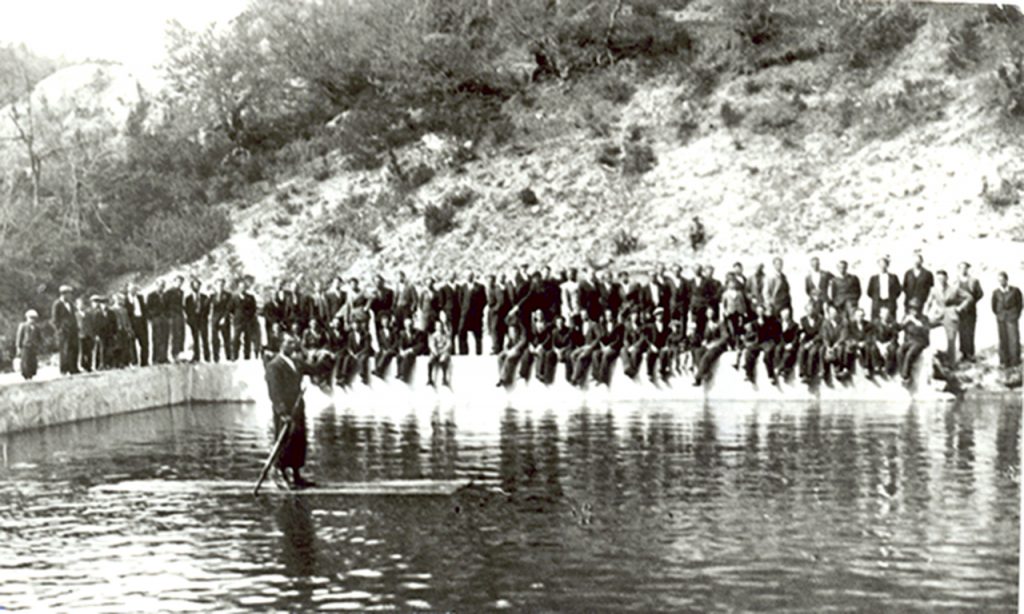 So what is the origin and history of paddleboarding? It’s hard to pinpoint an exact moment in time when stand-up paddle boarding (SUP) really started. This is due to the fact that it is hard to define exactly what paddle boarding is or to describe it in a specific manner, it has become an incredibly distinct sport and it can be hard to put an exact description of it into words. So, to try and find out where to stand up paddle boarding originates from its a good idea to pick up on a constant theme that has stayed the same through the evolution of the sport, which is standing on a long, flat craft whilst using a tall paddle to push the craft forwards.

One theory of the origin of paddle boarding relates to ancient fishermen from various locations worldwide that have been standing in their small crafts for more than hundreds of years. Chan Chan is the name of an ancient Peruvian city, it was once the biggest city in the whole of South America. There is a beach there where the local fisherman would stand upon their small vessels, made from reeds, and they would use a long hollow piece of bamboo as a paddle. Some pieces of pottery depicting these scenes dating back to an old as three thousand years have been found.
On the other side of the world in Venice, during the seventeenth century, up to ten thousand gondoliers used huge, long paddles to move their boats through the winding canals of the picturesque city. Even though today, not many gondolas remain in service they have made this beautiful Italian city well known for this special style of transportation and relaxation.

In Tel Aviv, there are lifeguards that have been using a type of board called a Hassakeh since the beginning of the twentieth century, an idea they learned from fishermen that dated back hundreds of years earlier. Their boards were almost five feet wide and they used a double bladed paddle, this meant that the lifeguard could paddle quickly enough to assist a person needing help and the board was large enough to pull them onto it, while the fact they were standing gave them a panoramic view of the area.

Stand up paddling may have advanced in many different locations around the globe, thousands of years ago, but the more modern definition of surfing has a definite descent from Polynesia. In the 1700’s, a captain named James Cook sailed into the Hawaiian Islands and witnessed the local people surfing. The surfing was done in either canoes or carved boards from local trees. Traditionally the chief of the village was always awarded the biggest board, working down to lesser ones from the village having the smallest boards. Some of the boards were up to five meters long! Due to this the local villagers often used a paddle to maneuver themselves over the waves.

In more modern times, paddle boarding still has its roots strongly set on Hawaiian shores. During the 1940’s, there were surf instructors in Waikiki, later known as the ‘beach boy surfers’ that would take tall paddles and stand on their boards out at sea to get a better view of the other people surfing in the water, occasionally they would even surf the waves themselves by using the paddle to direct the board over the waves. One of the men, Bobby AhChoy, had been injured in a car accident that had stopped him from being able to swim or kneel, so instead, he
would stand up, and paddle into the surf shouting helpful advice to others.

There are also stories about a carpenter and builder from the United Kingdom named Charlie Force, who in the 1950’s created and constructed a hollow wooden board which he then rode in Newquay Bay. So there is also some evidence of stand up boarding in the UK nearly fifty years before it became truly popular.

At Makaha beach, stand up paddle boarding was becoming more and more popular. Brian Keaulana ended up adding ‘Beach Boy Surfing’ to a world renowned surfing competition in 2003. The feedback was staggering, just under fifty people wanted to participate and entered the standup section of the contest, including many world champion surfers and past local surfing heroes. The surfing media released pictures and that is where the major hype for stand up paddle boarding started to escalate.

Even though there was fellow stand up paddle boarding enthusiasts in other locations, the current version of stand up boarding stayed local to Hawaii until a Vietnam veteran named Rick Thomas brought a paddle board to California in 2004. The sport caught on immediately. His impact on stand-up paddle boarding has been seen expanding all over the globe.

Today, because of up-to-date current technologies and designs, stand up paddle boards are even lighter and more maneuverable, and the accompanying paddles are not as heavy and yet still more powerful. This has meant that paddle boards are able to have a much more extensive use, like for example, fishing. There are so many contrasting types of paddle boards available currently for people to choose from, with everything to suit their needs. What you can decide to do on a stand-up paddleboard is totally up to you, the possibilities are endless.

Stand up paddling has given some modernization to an industry that was otherwise, stuck in time. Stand up surfing offered an option of surfing that is accessible and achievable for all different types of people with different capabilities. It allows people that would otherwise be unable, to paddle far out to sea in a safe environment so they can feel calm and enjoy their surroundings. Right across America, and also more recently in Europe and Australia, many people have even started using stand up paddle boards as a replacement to the canoe or kayak as this sport is growing and becoming ever more popular.